A tour of Veneto’s piazzas

"There are a lot of stories about finding your way. Being on your way. Maybe instead we are meant to live in a piazza, or a public garden, still, letting life go by". This paragraph by famous Italian author Alessandro Baricco is the starting point of our tour of Veneto's most beautiful piazzas. Let yourself be charmed by the art beauties and the many stories and anecdotes of these places.

St Mark's Square in Venice is doubtlessly one of the best known in the world. It's surrounded by the old and new Procuratie, which form a delightfully Gothically shaped enclosure. In the background, the massive Saint Mark's Basilica with its lucent facade.

Let us now go on to Piazza dei Signori in Vicenza. Did you know that in the past, the people of the city would gather here to praise Palladio's abilities and admire his wonderful works? Some of them include Palazzo della Ragione, Palazzo del Capitaniato and Palazzo del Monte di Pietà.

Let us take a step back in time to the Roman empire, when the city of Verona obtained municipium status and the forum (plaza) became the centre of its political and economic life. The present time Piazza delle Erbe sits right on top of the ancient forum. The Virgin's fountain in the centre is known as Madonna Verona.

Did you know that Veneto has one of the largest piazzas in Europe? Prato della Valle, in Padua. Its name derives from being used for markets and festivals. It still has that function today, in part, as the city's traditional open-air market is held there every Saturday.

The beautiful Piazza dei Signori awaits in Treviso. Also known as "pillory square", it used to be the scene for public humiliations. But raise your eyes up and admire the elegant buildings: Palazzo dei Trecento, Palazzo del Podestà and Palazzo Pretorio.

Piazza dei Martiri, dedicated to four young partisans killed by Nazis in 1945, is the place to go in Belluno. Stroll under the porticos and admire the many architectonic treasures like the church of San Rocco and Palazzo Cappellari.

Our tour ends with a visit to Piazza Vittorio Emanuele II in Rovigo. At the end of the square stands a column with St Mark's lion recalling the city's connection to the Republic of Venice. 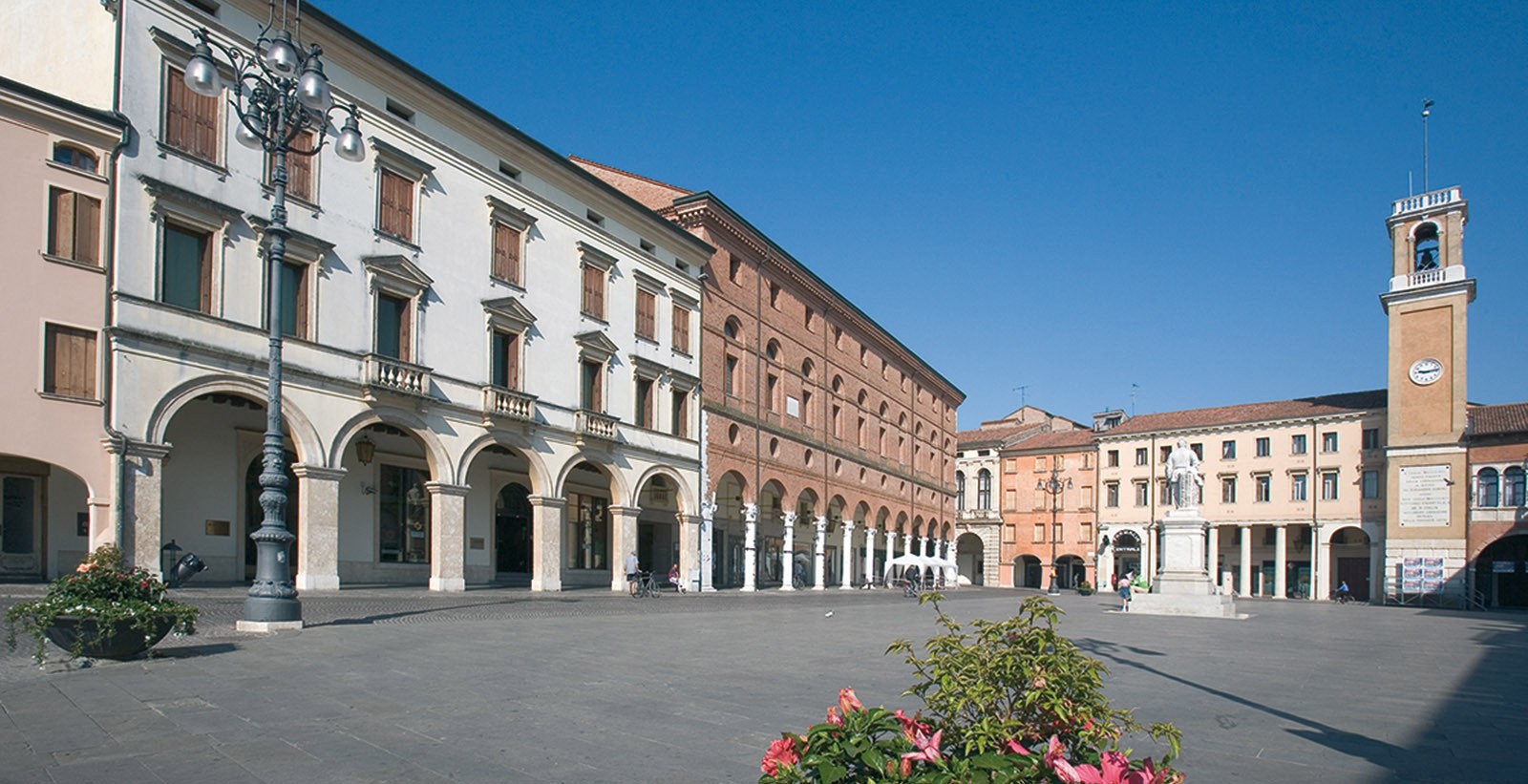