The seventh centenary of the Great Poet’s death is in 2021. He was the greatest scholar of his time but also a politician who held significant civic positions. It was because he belonged to the party of the white Guelphs that he received the sentence in 1302 that forced him to leave Florence forever. His difficult exile, during which Dante composed the Divine Comedy, also brought him to Veneto and here we want to remind you of some of the places he visited to retrace his steps together.


The first stage of the exile was Verona, where the Florentine poet was a guest first of Bartolomeo and then of Cangrande della Scala, the famous warlord to whom he dedicates an entire canticle from Paradise. Among the places very dear to Dante are the canonical cloister of Duomo, the Capitular Library and the Church of Sant’Elena, at the entrance to which there is a plaque commemorating the day when the man of letters, right here, gave the first public reading of his "Quaestio de aqua et terra". Another popular place was Piazza dei Signori, the "living room of Verona", known by all as Piazza Dante for the statue of the poet that seems to dominate the surrounding space. "Dante in Verona, 1321-2021" is the title of the project with which Verona will celebrate Dante's seventh centenary: exhibitions, cultural and scientific events, conferences, tourist itineraries to remember and honour the Father of the Italian language.

The Florentine man of letters’ footsteps then lead us to Treviso, where he was the guest of Gherardo da Camino, lord of the city. Unfortunately, the building in which he resided during his Treviso stay was razed to the ground following a popular uprising: the Convent of the Order of the Servants of Mary was subsequently built on the foundations, today Santa Caterina, home to the Civic Museums. Ponte Dante remains to remember the presence of the Great Poet, one of the most enchanting city views, loved by him so much that it was mentioned in the IX Canto del Paradiso with the verse: “e dove Sile e Cagnan s’accompagna” [and where the Sile and Cagnano join]. In 1865 a memorial stone was inaugurated to commemorate his presence in the city. Dante's son Pietro is buried in Treviso, who died there in 1364 in circumstances shrouded in mystery and whose tomb is preserved in the Church of San Francesco. 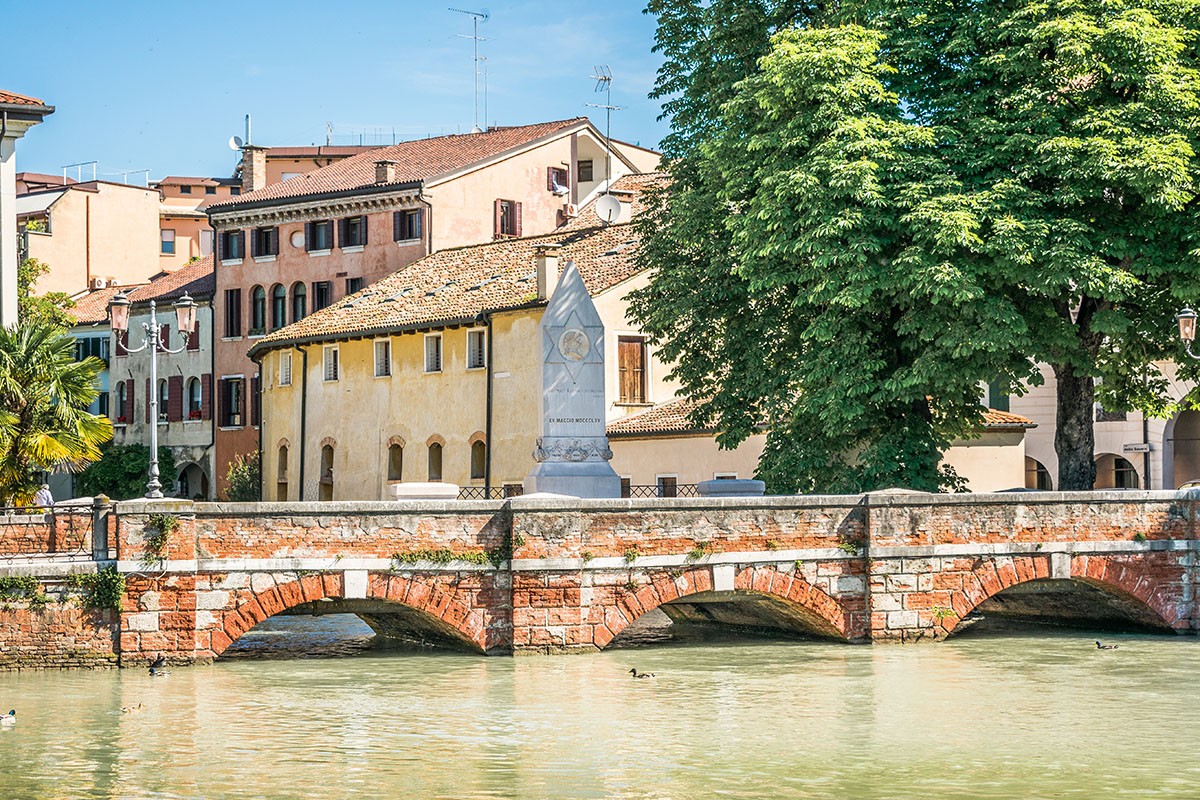 In his wanderings Dante also reached Padua, a city which according to tradition was founded by Antenor. The Poet dedicates an area of Hell in the IX Circle to the legendary Trojan, by calling the place where he places the traitors of the homeland Antenora. Legend has it that Padua was also the scene of the meeting of the father of the Italian language with another illustrious Tuscan, Giotto, author of the pictorial cycle in the Scrovegni Chapel. The citizens wanted to remember the alleged meeting by commissioning the sculptor Vincenzo Vela with two statues placed in the porch in front of the Loggia Amulea to dominate Prato della Valle one of the largest squares in Europe, with their wise gaze.

Even Cittadella, a fortified city a few kilometres from Padua, becomes a literary place of the Great Poet who in the IX Canto del Paradiso alludes to the famous Torre di Malta located south of the walls, making Cunizza, sister of Ezzelino III da Romano, pronounce the famous triplet


“Feltro moreover of her impious pastor
Shall weep the crime, which shall so monstrous be
That for the like none ever entered Malta.” 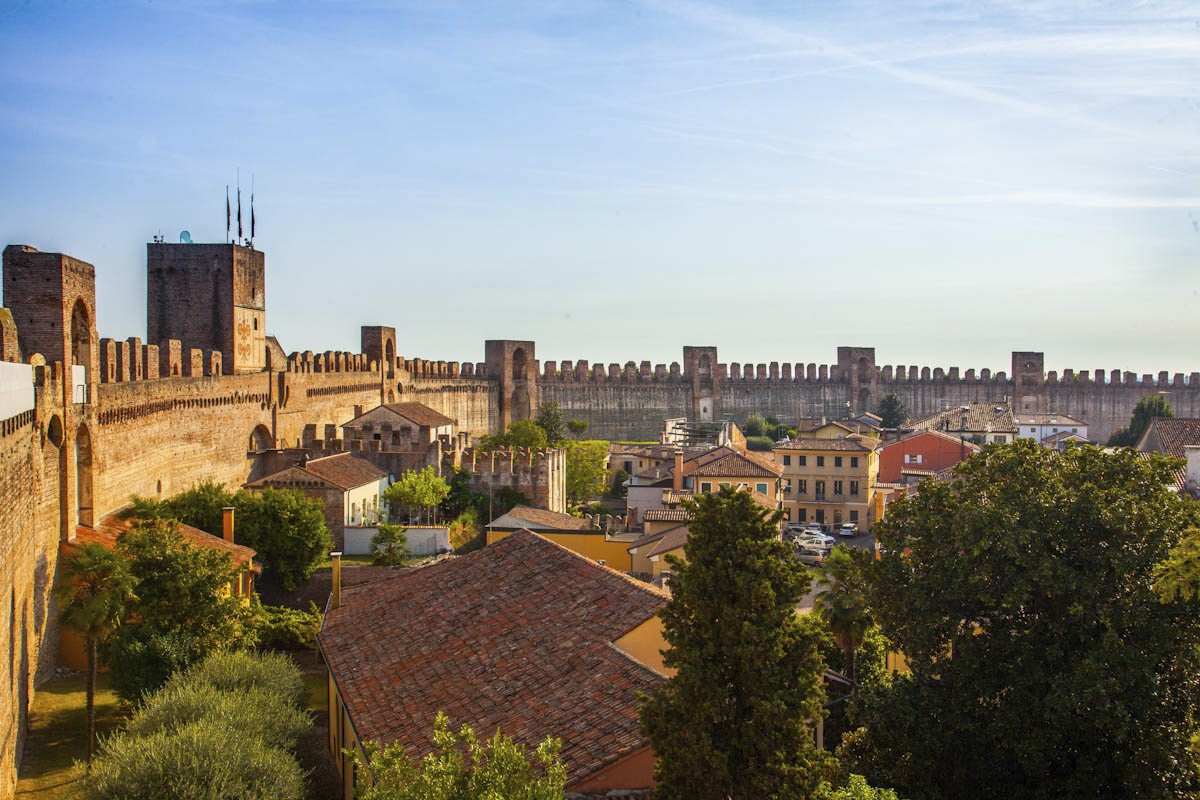 Dante's journey to Veneto ends in the province of Rovigo, where history and legend blend together. If it is true that in the summer of 1321, on his return from an embassy in Venice, Dante was hosted in the convent of San Basilio at Ariano Polesine, the folk tale tells that the man of letters, lost in that labyrinth of water and land that is the Po Delta, climbed a huge oak tree to orient himself and find the way to Ravenna, where he finally died without ever seeing Florence again. That oak, which actually existed and was mentioned in a notarial deed in 1548, fell to the ground a few years ago and its "remains" are kept in a room in Palazzo Roncale in Rovigo. Also in Rovigo, at the Accademia dei Concordi, there is an edition of the Divine Comedy printed in Venice in 1564. This is a richly illustrated edition with the portrait inspired by Vasari's Dante, which appears on the title page in an elaborate scrollwork frame with winged figures.