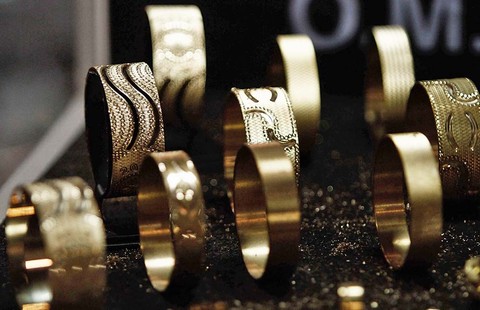 Vicenza could almost be described as the world's goldsmith capital because, with over a thousand companies, it alone accounts for over half of all gold imported into Italy. Creativity and quality, innovation and tradition are the basic combinations of Vicenza's success. A success confirmed each year by important international fairs in the sector: Vicenzaoro 1, an important trendsetting event, VicenzaOro 2 and Orogemma.

Over the years the Vicenza gold industry has achieved recognition in the windows of the most prestigious stores in the world, without forgetting its own origins. This great tradition has its roots in the Middle Ages: dating back in fact to the 1300 signing of the Vicenza Goldsmith Statute, the first official document sanctioning the existence of a guild of about 150 artisans. It was the Guild Statute which determined the particular concentration of workshops in the historic centre of Vicenza. In the Renaissance, a man from Vicenza, Valerio Belli, friend of Michelangelo and Raphael, brought the art of gold to the peak of its splendour. Between the 19th and 20th centuries, the district really took-off: Vicenza, Bassano del Grappa and Trissino became important and recognized centres for the sector and established a reputation that has consolidated and expanded over the years and crossed national boundaries.

This solid and important tradition today crowns one of the most refined and original gold industries. The focus on high quality workmanship and fashion trends accompany the transformation of the most precious metal into precious and unique jewellery.