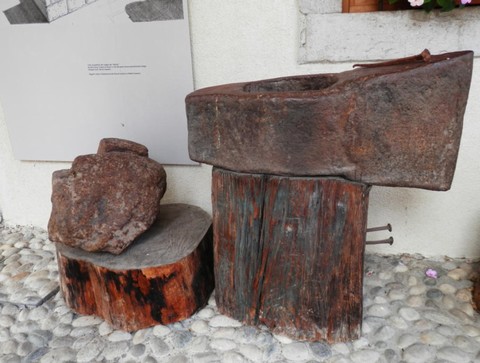 The Iron and Nail Museum has reopened in Palazzo del Capitaniato in Forno di Zoldo. It illustrates the history of the mining and metallurgy sectors which for centuries have been the basis of the economy in Val di Zoldo, located in the magnificent Belluno Dolomites.

Forno di Zoldo has launched a social project which entrusts the museum's upkeep and the management of guided tours to the elderly members of the community.

The words spoken by these exceptional guides will breathe new life into the images, objects and production techniques of an activity that has strong roots in Val di Zoldo's culture. This activity had many purposes, from making nails for the Republic of Venice's ships to shoe tacks. Let us not forget the hard life the ciòdarot (nail makers) endured in the fusinèle (forges), a great example of one can be found in Pralongo and can be visited upon request.

The Museum focuses on the centuries-old production of nails and on the professional figure of the ciòdarot, especially on their 17th century specialty to forge reused iron material. Val di Zoldo's characteristic features (water, earth, forest and emigration) are illustrated on the ground floor, whereas objects and tools for working iron are displayed on the upper floor, along with descriptive boards.