Walking in the sky

Spectacular bridges suspended in the void

Three intertwined ropes: two of them are parallel on which you hold with your hands and one is lower for walking. In the beginning they were the Tibetan bridges and, as the name suggests, these suspended connections were first built in Tibet. Over the centuries the ropes have become iron, then steel, and finally footbridges on which putting one’s feet has become much more comfortable. In Veneto, too, there are six spectacular bridges suspended in the air, providing adrenaline-filled thrills in total safety. The only recommendations: wear walking shoes, walk in single file with children kept close, no running or jumping and no crossing by bicycle.

Everyone calls it a Tibetan bridge, but it is actually a rope bridge and was built in 2016 to bypass a landslide that had interrupted the King's Road. The footbridge is dedicated to the Schio Avis Section and has now become one of the major attractions of the Little Dolomites in Vicenza. Made entirely of steel, the Avis Bridge is 105 metres long and is suspended in the air at a height of about thirty metres with windproof ropes limiting its oscillations. From up there there is a wonderful view over the Leogra Valley and the mountains of the Sengio Alto. An experience for young and old, but not for those who are afraid of heights.
Web 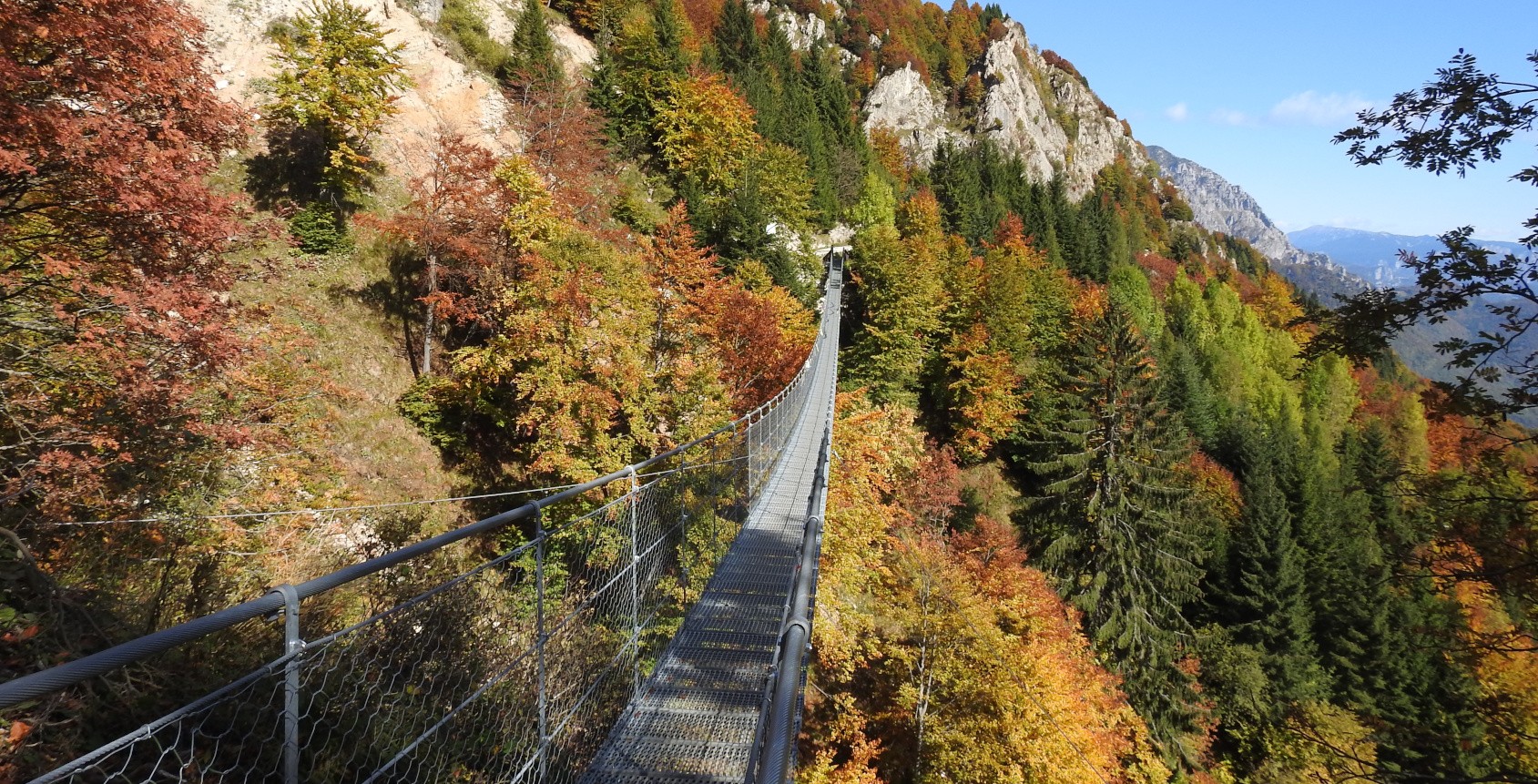 Val Montina is a wild, uncontaminated environment that is so difficult to access that in 1994 it was declared a 'Wilderness Area', the first of its kind in the European Alps. This area is located in the municipality of Perarolo di Cadore (Belluno) and a few years ago works were carried out to make it more accessible, including the construction of a spectacular footbridge linking the two banks of the Val Montina stream. The suspended bridge can be reached from the nearby Ansogne industrial area and has side protection to allow children to cross it.

Another beautiful wooden footbridge is the one in Igne, a hamlet of Longarone. This structure was built in 1973 in memory of the local cableway operators, who were famous abroad for their ability to transport timber from the most inaccessible places to the valley.  We walk for about a hundred metres, suspended at a height of 125:  the Maè stream flows below us, while all around us there is a spectacular view of the valley. The footbridge can be reached from the provincial road 251, which leads from Longarone to Igne. 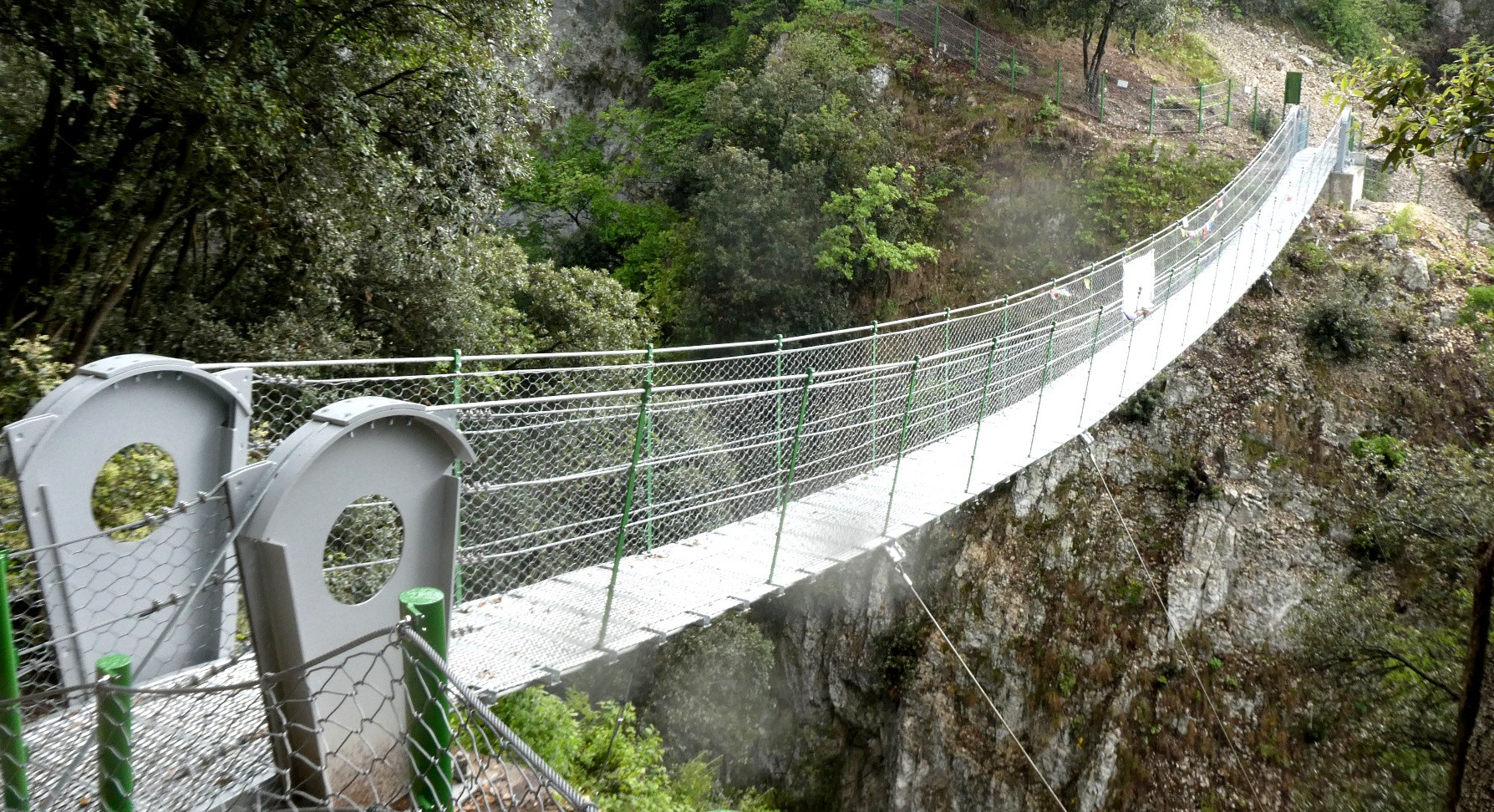 With a length of just over 30 metres and a maximum height of 45 metres, the numbers on this suspended bridge are not in the Guinness Book of Records, but we guarantee that it offers a magnificent view over the Garda Lake! The bridge is located in the municipality of Torri del Benaco and was built to join two hiking trails between the villages of Crero and Pai di Sopra. The itinerary that we suggest starts from Crero, where you can park your car, and after a pleasant walk of about half an hour in the middle of nature, you reach the bridge and from there continue to the hamlet of Pai di Sopra (about another 30 minutes).

Inaugurated in 2020, the footbridge is 34 metres long and is suspended at a height of about 24 metres over the Vajo dell'Orsa stream, an area well known to canyoning enthusiasts. The bridge can be reached in just over an hour's walk from Brentino Belluno, following the Pellegrino path until the intersection with path no. 75, which connects the traditional access to the Sanctuary of the Madonna della Corona from Brentino with Malga Orsa.

The Lessinia Regional Park is astonishing for its many natural wonders, but in recent years this bridge has also been added to the park, which has tried to respect the spirit of the place as much as possible because it has been inserted almost "transparently" into the environmental context. The footbridge is more than 52 metres long and connects two steep slopes of the Valsorda with an exciting view at a height of about 40 metres. The itinerary we suggest is a loop that starts from Malga Biancari (in the municipality of Marano di Valpolicella) and reaches Mulino del Cao. A path of just under 6 kilometres to be covered in about two to three hours.
Web 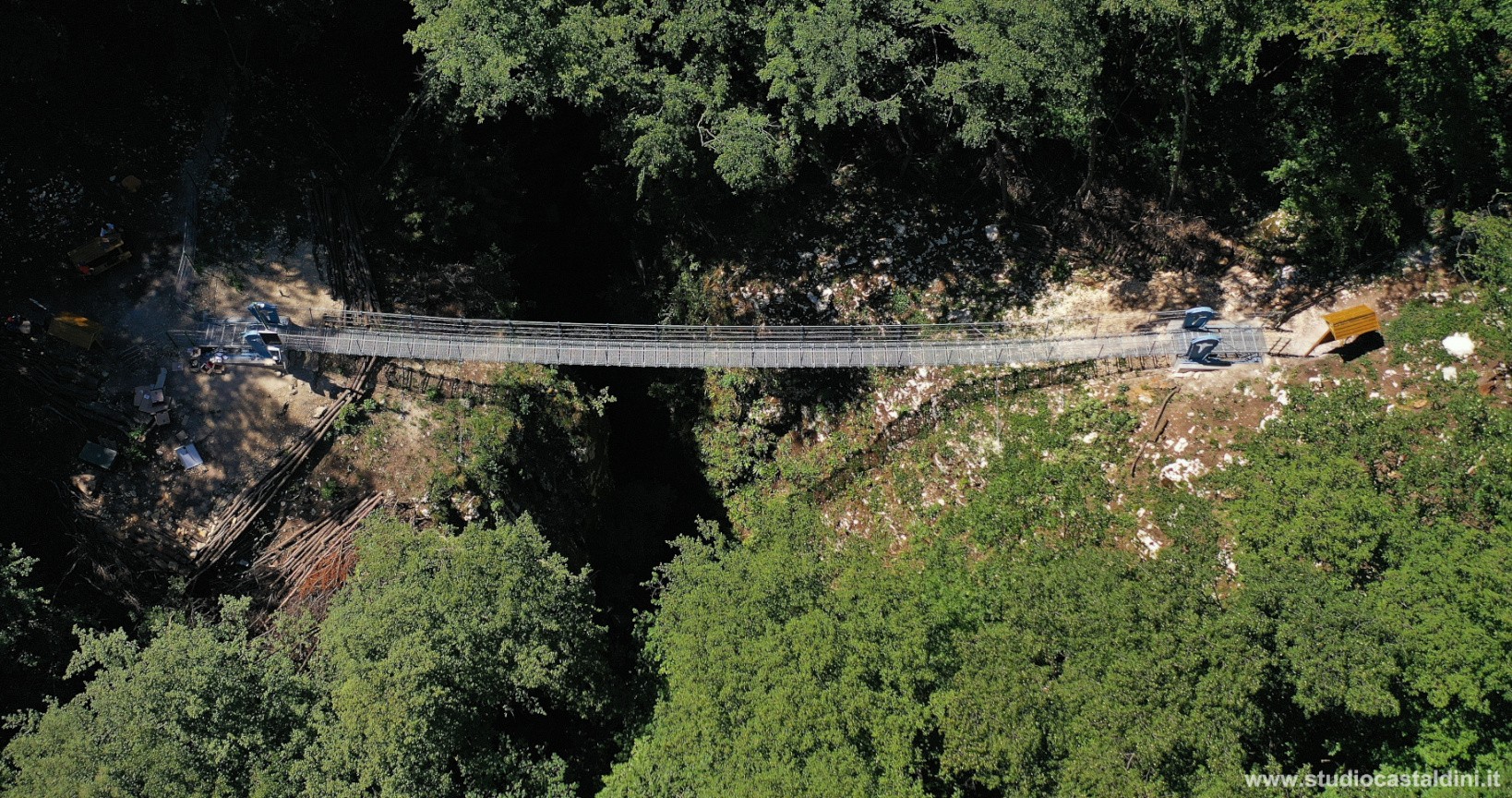