Veneto in the movies

The Veneto region's stunning landscapes have often been used in the world of cinema. So, why not visit the places that have served as a backdrop for so many memorable scenes in both Italian and international films?

The perfect place to start this journey through the history of cinema is, of course, Venice, a city that's well-loved by Hollywood. The iconic St. Mark’s Square has been a set for hundreds of films: Spider-Man: Far From Home by Jon Watts and The Young Pope by Paolo Sorrentino, to name a few more recent examples. Spielberg, on the other hand, chose Campo San Barnaba for his Indiana Jones and the Last Crusade, and many will remember the scene when Harrison Ford climbs out of a manhole to escape from the church's basement (the latter having been entirely reconstructed in the studio). Woody Allen expresses his love for the lagoon city in "Everyone Says I Love You", showing that he knows the most authentic places very well indeed: Campo Santo Stefano, Santa Maria del Giglio, the Rialto fish market and the Zattere.

Funny quarrels in the province of Treviso were skilfully portrayed in the 1965 film “Signore e Signori” (“Ladies and Gentlemen"), directed by Pietro Germi. Set in a lively and somewhat mischievous Treviso, amid amorous intrigues and plenty of gossip, this film has certainly stood the test of time, so much so that, if you happen to visit this amazing city near to Venice, you’ll find that not much has changed since the film was shot, from the elegance of the historic centre to the liveliness of its inhabitants.
Treviso Film Commission 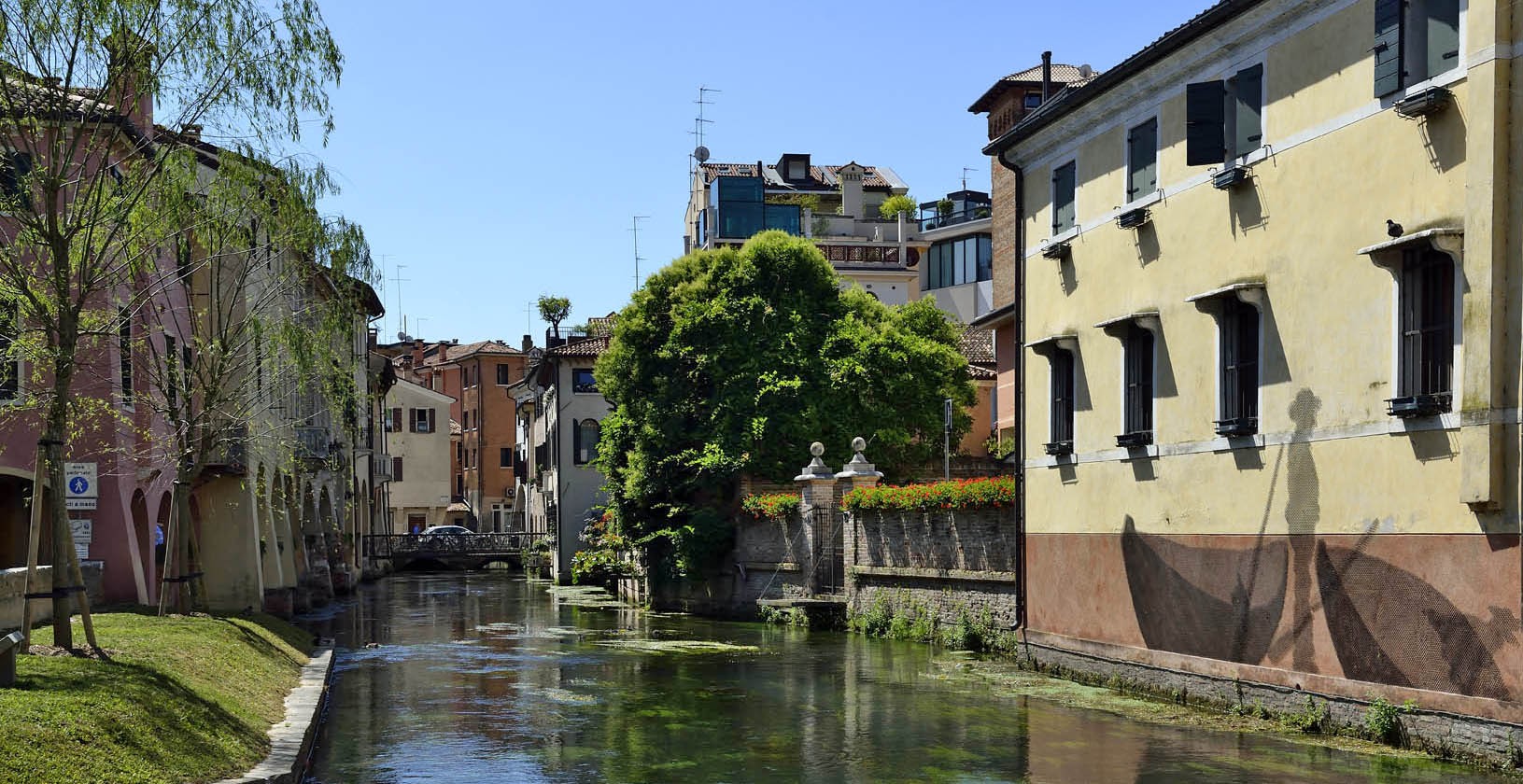 Verona has obviously been the set for many films dedicated to the myth of eternal love, as narrated by Shakespeare. In 2010, "Letters to Juliet" was shot here, a film with Amanda Seyfried and Vanessa Redgrave, with famous places such as Juliet's House, Piazza Erbe and the Arena providing stunning backdrops. The same sets were chosen in 2013 by Carlo Carlei for a number of scenes from his "Romeo & Juliet"(others were shot in Montagnana, a walled city in the province of Padua).
Verona Film Commission Funny and light-hearted comedy can be found in “La Lingua del Santo” (“The Saint’s Tongue"), by Carlo Mazzacurati, based on a true story. Set in Padua, this film tells the story of two friends who come into possession, almost by chance, of the reliquary containing the remains of St. Anthony's tongue. Acting as a backdrop for the film's incredible and tragicomic scenes are St. Anthony's Basilica, the Piazzetta delle Garziere and Via Oberdan, as well as the Euganean Hills.
Padova Film Commission 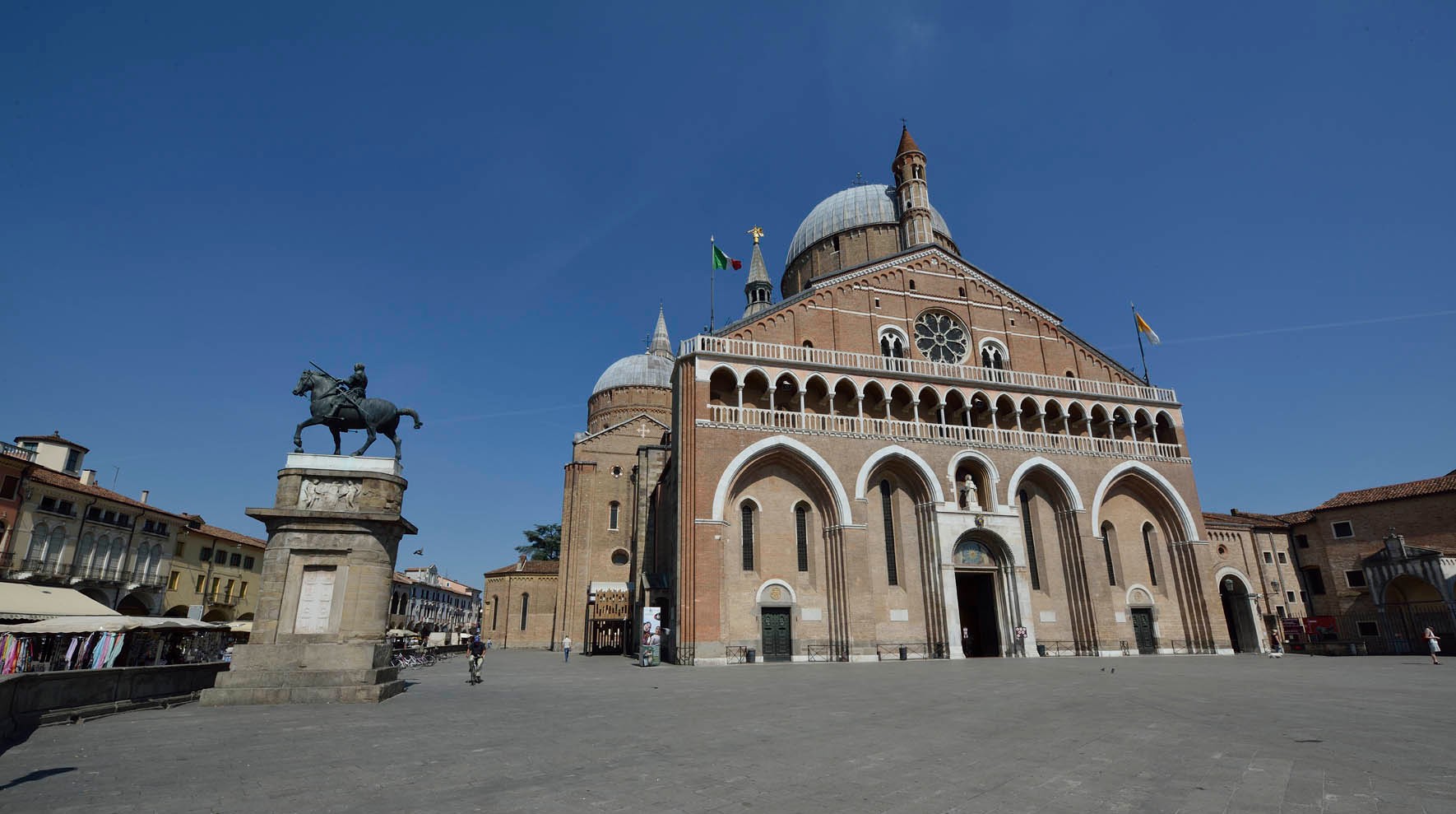 Nature and history are two key elements of the Veneto region, which is precisely why its various locations lend themselves perfectly to being film sets. Take the rolling hills of Valdobbiadene and Conegliano for example, providing the backdrop to the Italian noir “Finchè c’è prosecco c’è speranza” (“As long as there’s prosecco, there’s hope"), which were so well-suited for this purpose that they themselves can be considered the stars of the film, as the name of the movie tells us. The breathtaking peaks of the Venetian Dolomites have also played a leading role on the big screen. In the action movie "Cliffhanger", shot in the mountains of Cortina d'Ampezzo, Sylvester Stallone is the star of a number of scenes, climbing up the dizzying vertical rock faces.  Cortina, with its stunning views and famous “high altitude stroll” along Corso Italia, once again acted as a set for the film that led to Italy’s Christmas film tradition: “Vacanze di Natale” (“Christmas holidays”), in 1983. The Po Delta with its melancholy landscape has been chosen by some great Italian directors, such as Luchino Visconti, who shot a number of scenes from “Ossessione” (“Obsession”) here, and Rossellini, who set the last episode of his “Paisà” in Porto Tolle and Sacca di Scardovari. Carlo Mazzacurati was particularly fond of the Po, and he chose Crespino and Porto Tolle as locations for his film “La Giusta Distanza” ("The Right Distance”).
Polesine Film Commission Vicenza, with its Palladian architecture, has also appeared in many films. The Basilica, for example, was the set for Joseph Losey's “Don Giovanni” and also for Liliana Cavani's “Ripley's Game”.  Piazza dei Signori, on the other hand, was the backdrop to “Il Comune senso del pudore” (“The common sense of modesty”), by and starring Alberto Sordi, among others. That’s not forgetting Palazzo Trissino and the Olympic Theatre where Lasse Hallström chose to shoot a number of scenes for his “Casanova”.
Vicenza Film Commission