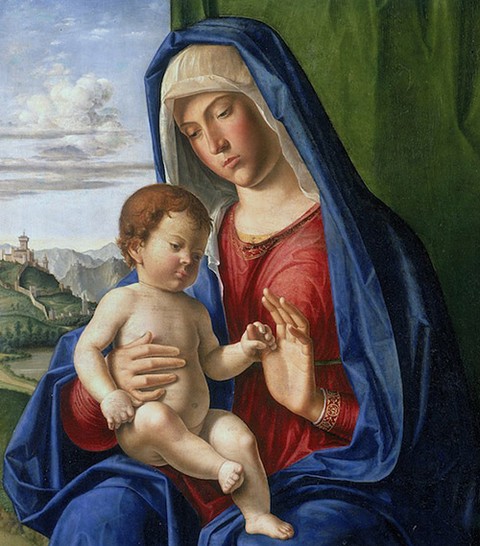 Cima's name has perhaps less resonance for the general public than that of other Venetian artists of his time; but he is undoubtedly a leading figure in painting from the fifteenth to the sixteenth centuries, whose production touches sublime heights, turning in particular - not exclusively - to the representation of sacred figures, while always reserving an extraordinary attention to the natural world, with a strong sensitivity to the landscapes and atmospheres typical of his homeland.

The connection to the environment is very strong, so much so that even today, despite five centuries having passed, many views of Conegliano and its surroundings are still well recognisable in the evocative landscapes that form the backdrop to Cima's works.

This interest in nature, a fundamental component of artistic expression during the Renaissance era, was then to be found, in various ways, in work by the greatest 16th-century Venetian artists.

The altarpiece painted for the cathedral is much admired in the birthplace of the Maestro; but the Marca Trevigiana houses other masterpieces, such as the triptych by Navolè di Gorgo al Monticano, now in the Museo d'Arte Sacra della Diocesi in Vittorio Veneto, and the polyptych in the San Giovanni Battista Church in San Fior. Do not miss the Madonna della pergola at the Musei Civici in Vicenza, as well as the Madonna con Bambino at the Museo Nazionale Atestino in Este, and that in the Museo Civico in Feltre.

The artist's presence in Venice is very rich, both in certain churches, from Santa Maria dei Carmini to San Giovanni in Bragora, from the Madonna dell'Orto to Santi Giovanni e Paolo, and in the Gallerie dell'Accademia, where, among other panels, the Incredulità di San Tommaso e Tobiolo e l'Angelo (The Incredulity of St. Thomas and Tobiolo, and the Angel) are housed.