Cheeses are part of the extraordinary number of flavours and high quality varieties of food that can be found in Veneto. Of the 70 types of cheeses, eight are labelled as Protected Designation of Origin. Asiago DOP is one of the most famous Italian cheeses. Some of the varieties are d'allevo (made with semi-skimmed milk), pressato (made with whole milk), mezzano (medium), vecchio (mature), and stravecchio (extra mature). The name of the product has a connection with its place of origin: the Altopiano di Asiago is characterised by its fertile ground and excellent fodder for cattle.

Monte Veronese PDO is instead produced in the green meadows and pastures of Lessinia. It is an excellent table cheese that tastes even better when allowed to mature.

Casatella Trevigiana PDO is a soft, fresh cheese. This is the first time that Italy has received an award for this type of cheese.  Produced with milk only from the province of Treviso, it stands out due to its delicate flavour and is delicious even when eaten by itself.

The name of Piave PDO is linked to its place of origin and precisely to the river situated in Belluno with the same name.  It is a cheese from the mountains made from cooked curd with five stages of maturing. The milk is collected from the cowsheds only in the province of Belluno.

The production of Montasio PDO starts from the Carnic Alps and extends to the provinces of Belluno, Treviso, Padua and Venice. Three varieties are sold: soft, medium and mature.

Finally, for the boldest of palates, there are three excellent cheeses: Grana Padano, Provolone Valpadana and Taleggio, which are all, of course, PDO cheeses. 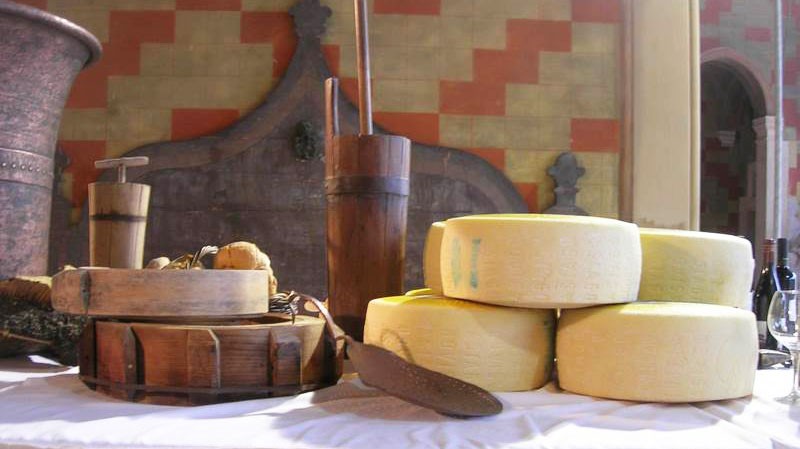