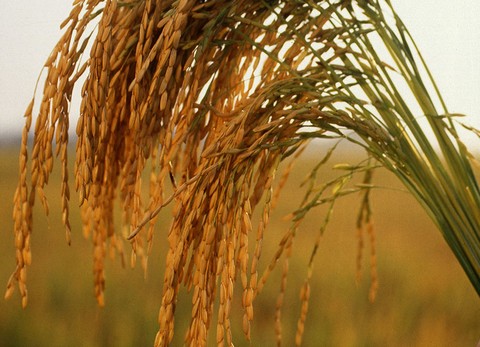 In around 1500 the first records showed the presence of rice growing in Polesine and in particular the Po Delta territory.  This cultivation was strongly linked to the land clearance.  As a crop, rice became important for the speeding up the process for land usage, destined for crop rotation as documented in 1594 by a law of the Venetian Republic in 1594.

Towards the end of 1700 some Venetian patricians started systematically growing  rice in the newly acquired lands in the Rovigo province, but in the 1800s it was the new middle class landowners who spread the use of this crop on a wider scale.  The typical area for growing the "Riso del Delta del Po" (Po Delta Rice) stretches across the extreme eastern cone of the Po Valley between the regions of Veneto and Emilia Romagna.

In the Veneto region, the Po Delta rice is grown in the territories of the following municipalities in the Rovigo province:  Ariano Polesine, Porto Viro, Taglio di Po, Porto Tolle, Corbola, Papozze, Rosolina and Loreo.  The name Po Delta rice exclusively designates the Japonica rice in the extra-fine category, in the varieties Carnaroli, Volano, Baldo and Arborio.