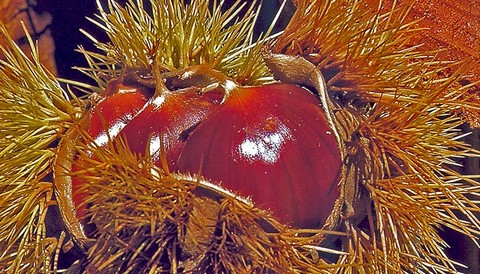 The chestnut finds its ideal habitat in the foothills of Mount Grappa and Montello (in the Treviso province) thanks to the characteristics of the soil and climate of the area. The cultivation has always been of significant importance in terms of nutrition, food and for the construction of useful equipment for agricultural activities.

Talk of the Monfenera chestnuts dates back to medieval times when a large quantity was already transported to the Treviso market and along the River Sile to Venice.

Over the centuries there have been periods where the chestnut woods were neglected, alternating with times where they were used as a source for firewood, for the production of dry fruit for human and animal food and to obtain timber for industrial use.  In  the first half of 1800s under the Hapsburg Empire chestnut growing increased in popularity.