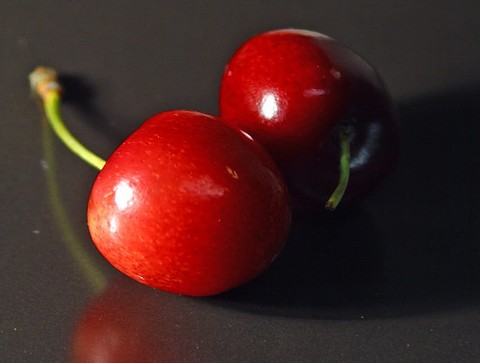 The oldest known document making reference to cherry growing in Marostica, a town famous for its annual chess game, dates back to the early fifteenth century. Cherry farming has always played an important role in this area and in the local agricultural economy. Buyers have been able to choose from cherries from this and neighbouring areas at the local specialist market held in Mason Vicentino since the 1950s.

The Protection Consortium was established in 1957. It continues to group and deliver the cherries grown on 460 hectares of land, almost exclusively on the fertile and rich soil of the hilly region that produces sweet and delicious fruits. The Marostica cherry P.G.I., the only Italian kind to bear this precious geographical indication, is heart-shaped and is picked by hand without removing the stalk, a technique which represents a small, yet meaningful quality guarantee, helping the fruit maintain its short-term organoleptic properties. The Marostica cherry grows to a size of between 21 and 30 mm and its colour can be anywhere from pink to dark red according to the variety. It is juicy and has a full, sweet and very palatable taste.

The best-selling varieties are Sandra, Romana, Francese and the distinctly sweet Duroni rossi. Their characteristics include a short period between setting and ripening of only thirty days, and, at the same time, excellent fruit size. Such rapid growth and ripening reduce exposure to environmen-tal agents and parasites (especially to the cherry fly) thereby reducing the need for measures to protect the plant and guaranteeing a better quality. Most of the varieties are easily preserved and boast good resistance to handling, making the fruit particularly suited for exporting.

The growing area stretches across hills strewn with old towns, such as Marostica, with its Upper Castle, Lower Castle and city walls, all built in the fourteenth century. The historical centre is home to numerous palaces and religious buildings, such as the charming seventeenth-century Carmini Church, the San Marco Church, built by the Venetians in honour of the Patron Saint of the Republic, and the Sant'Antonio Abate Church.

In even-numbered years in early September, the world famous human chess game is played with living pawns in the famous Piazza degli Scacchi in front of the Doglione Palace and Lower Castle. Seven hundred people, including characters and staff, become involved in a wonderful game of light and colour, with strolling players, ladies and knights; every edition drawing a larger audience.

The game dates back to 1454 when it was organised to settle a courtly duel between two noble lords competing for the hand of a lady, the daughter of the Lord of the Castle of Marostica. The match is represented today in the full splendour and costume of the day.

Marostica is also known for the Sagra delle ciliegie, a local cherry festival celebrated on the last Sunday in May every year. This event celebrates the "red gold" of Marostica, the first spring fruit. Throughout the harvest season cherrybased delicacies are served in the most traditional restaurants of the area.