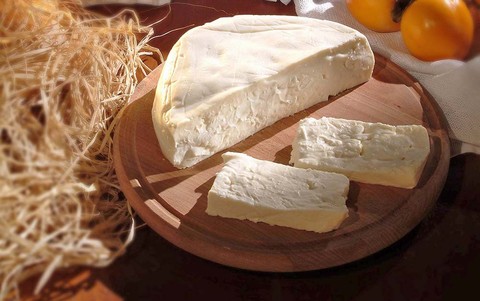 Another Veneto success: the only Italian soft fresh cheese to be awarded the Protected Designation of Origin label.

This is the most recent PDO product in Veneto, but it is the first label awarded in Italy for a soft fresh cheese. The Casatella Trevigiana is a speciality with a simple and delicate flavour, registered in 2008 on the EU Register of Designations of Origin.

Typical of the province of Treviso, this cheese was once produced on small farms and its ancient history began among the poor. It was the women who, after milking the few cows, worked the milk using very basic tools and techniques handed down over the centuries. The production varied according to the seasons, so much so that it was best made in winter, when the milk was richer in fats. Back then, it was called casada (which in local Treviso dialect means ‘house’ or ‘home’), from which the modern name most probably derives.

Today Casatella DOP is produced all year round thanks to the processes of mechanization. It is a fresh cheese with a soft and creamy consistency and a simple and delicate flavour. It embodies the tradition and innovation that make it one of the most highly valued dairy products for its freshness and nutritional qualities. The milk from which it is produced must come only from cows farmed in the province of Treviso and the rest of the process (cheese production, ripening and packaging) must also be undertaken in the area of production.
To be enjoyed on its own, with a bit bread or polenta, Casatella Trevigiana can equally be used as an ingredient in more complex recipes, a successful addition to both fish and meat dishes. It can even astound the most demanding palates when used to make delicious desserts!