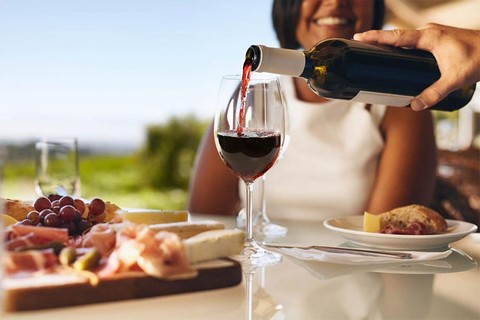 Valpolicella is a geographical area at the feet of the Verona ‘Pre-Alps’, surrounding the valleys where the Negrar, Marano and Fumane streams flow. These descend from the peaks of the Lessinia mountains until they run into the Adige.

The name ‘Ripasso’ refers to the particular production technique. The grapes used are the same ones used for making Amarone and Recioto wine, where the term ‘same’ should be interpreted literally: after having been used for the production of amarone and recioto wine, in which the grapes are pressed in a reduced way, the vinasses are in fact added to the vat of Valpolicella classic in order to re-ferment for 10-15 days. This operation is called precisely ‘ripasso’ (i.e. re-pass, re-ferment) and produces a high quality wine. The organoleptic characteristic are: intense red colour tending to garnet; characteristic smell; full bodied, velvety taste.