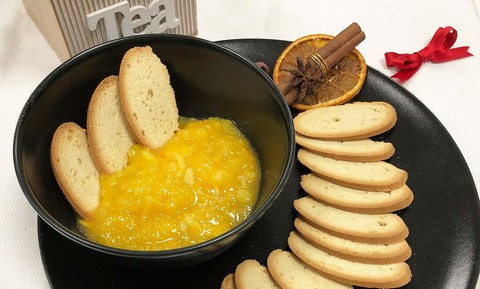 Method
Dissolve 15g of yeast in 1dl of lukewarm milk. Make a well in the middle of 100g flour and pour the milk and yeast mixture into the centre. Mix until a solid dough is formed.

Roll into a ball, mark a cross on the top and then leave to rise for half an hour in a bowl covered with a tea towel. Mix 300g flour with a pinch of salt and 50g of granulated sugar. Place the ball of risen dough in the centre and arrange in a volcano shape.

Work 80g of softened butter into the centre and mix with the egg white that has been whipped to form stiff peaks. Mix by adding the remaining part of 1dl lukewarm milk. When the dough is consistent, divide it into four equal parts.

Arrange the rolls on a greased baking tray or covered with baking paper. Allow them to rise for around two hours. Finally, place in an oven preheated to 180° for around ten minutes. Allow to cool, cover, and leave to rest for two days.

Cut the rolls into thin slices. Place on a tray and place them in the oven again at 170° for 10 minutes, taking care to turn them until golden in colour. Keep them in a tightly closed biscuit tin to make sure they stay crunchy.