Loosing your way and finding it

Exploring the most fascinating mazes

Mysterious and symbolic, mazes have always been a metaphor of the human condition. Follow us on this journey of discovery of the most peculiar and fascinating mazes of Veneto. It will be an unusual and highly evocative experience amidst charming paths and centuries-old plant-based geometries.

"There is no need to build a labyrinth when the entire universe is one." This is how Jorge Luis Borges refers to this image, which was so dear to him, in his works. This maze was designed in his honour on the Island of San Giorgio Maggiore, in Venice, 25 years after his death. You can either explore it accompanied by an audio guide, or admire it from the bell tower of the Palladian Church. 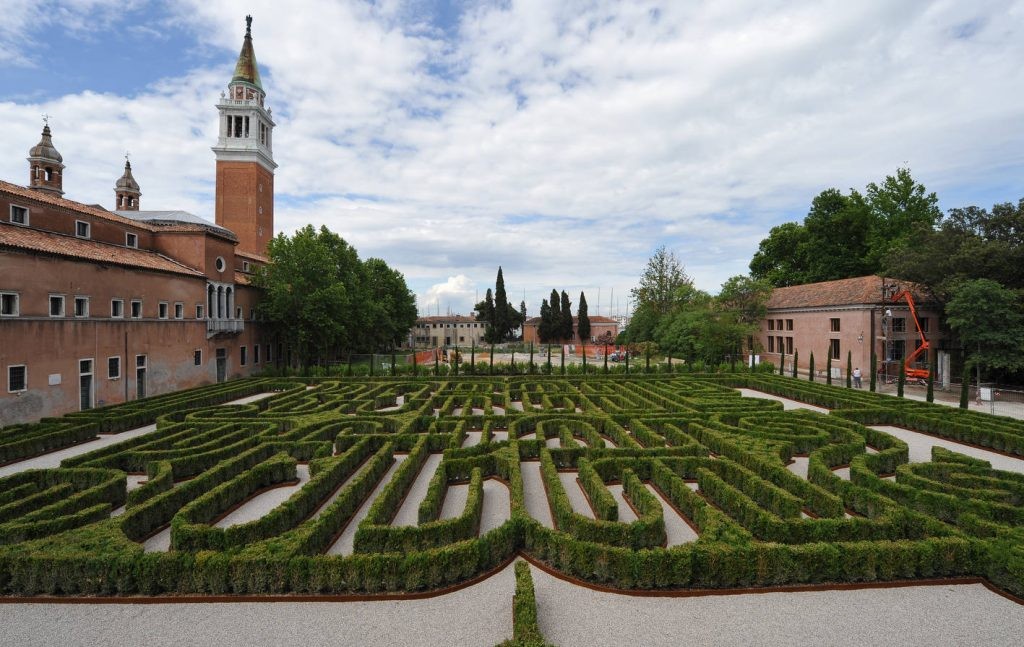 Galzignano Terme, in the Euganean Hills, houses the seventeenth-century Monumental Garden of Valsanzibio. Its maze, which is one of the oldest in the world, symbolises the difficult path of human progress. It is an essential stage of the salvation path designed for this green oasis. Its square shape dates back to the mid-seventeenth century, and the winding path is still lined by the original boxwood hedges. 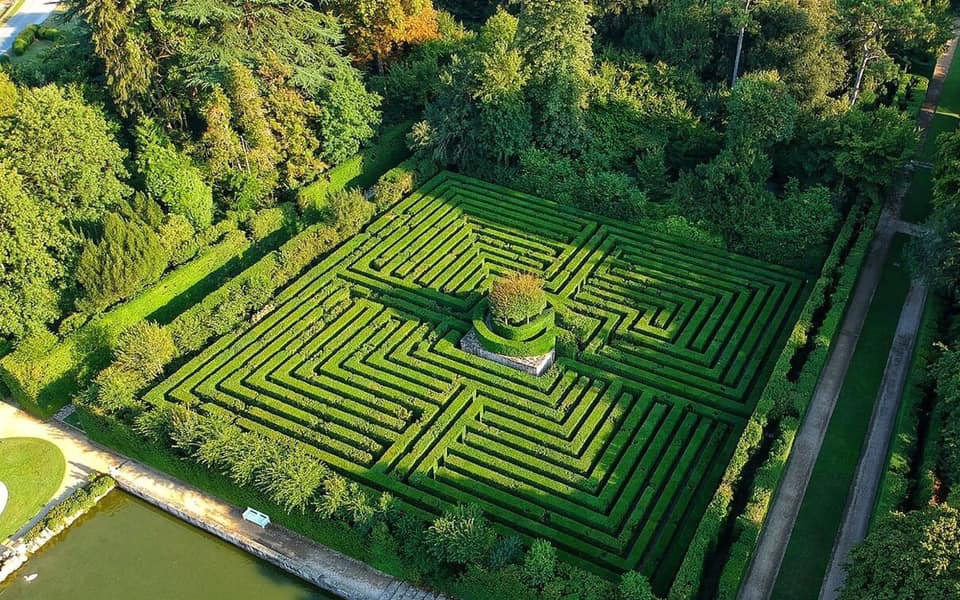 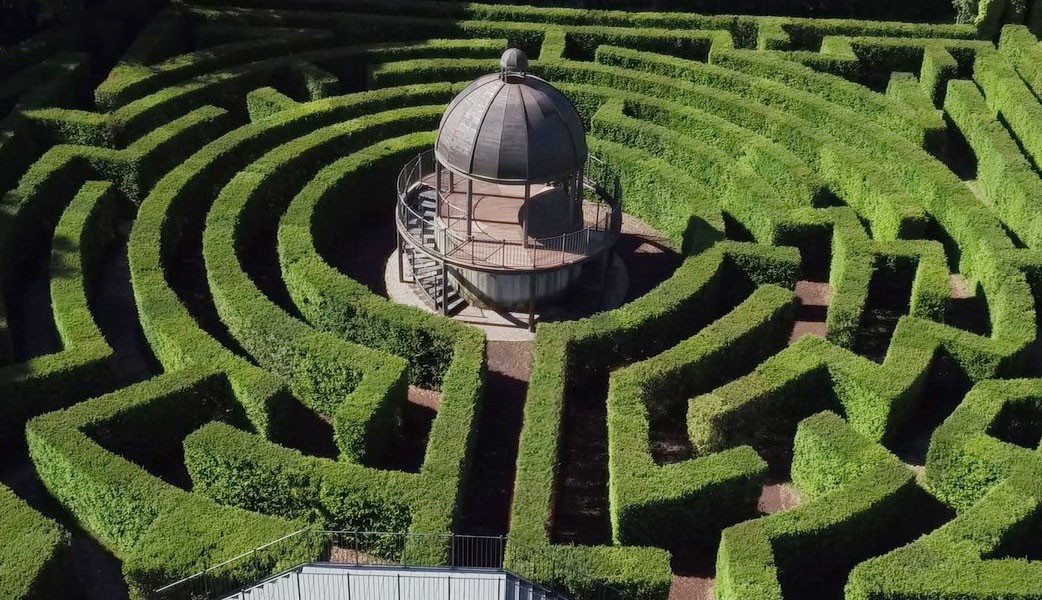 Villa Pisani, in Stra, presents the most challenging maze in the world. The story goes that even Napoleon Bonaparte was unable to win this challenge, and gave up without completing the trail. Its eighteenth-century structure has nine concentric circles with a central tower featuring a double spiral staircase and surmounted by the statue of the goddess Minerva. The path is lined by very high boxwood hedges. 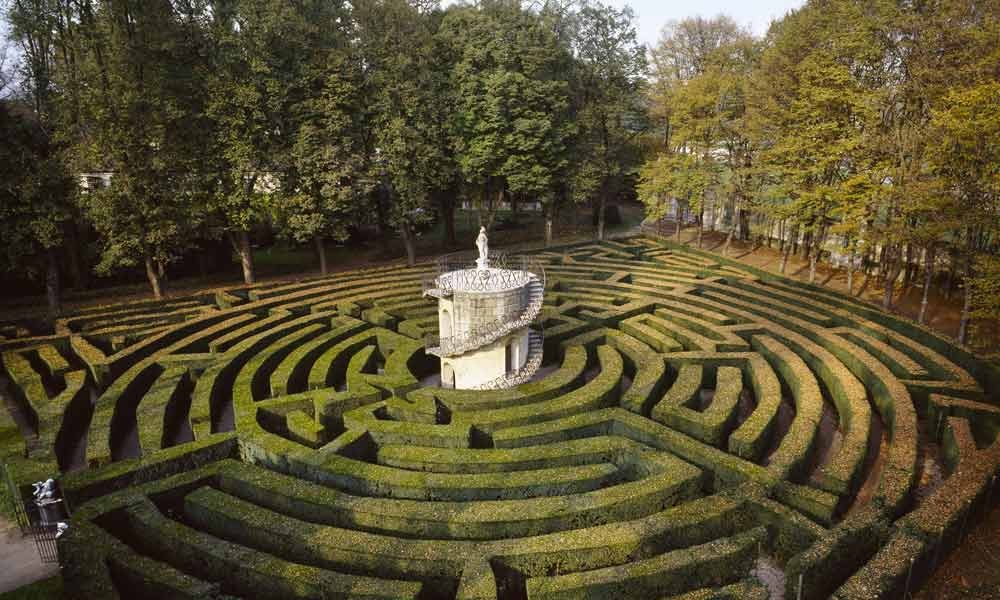 The historic park of the San Pelagio Castle in Due Carrare, in the province of Padua, counts two mazes. The Minotaur Maze harmoniously blends the well-known myth of Icarus, linked to the maze of Knossos, in Crete, and the mischievous love games typical of Venetian villas. The "Maybe yes, maybe no" maze is, instead, dedicated to Gabriele d’Annunzio, and clearly refers to the title of his novel. This single path tangle devoid of blind alleys presents a central game of mirrors to duplicate the reality observed by the visitor to enhance the sense of estrangement. 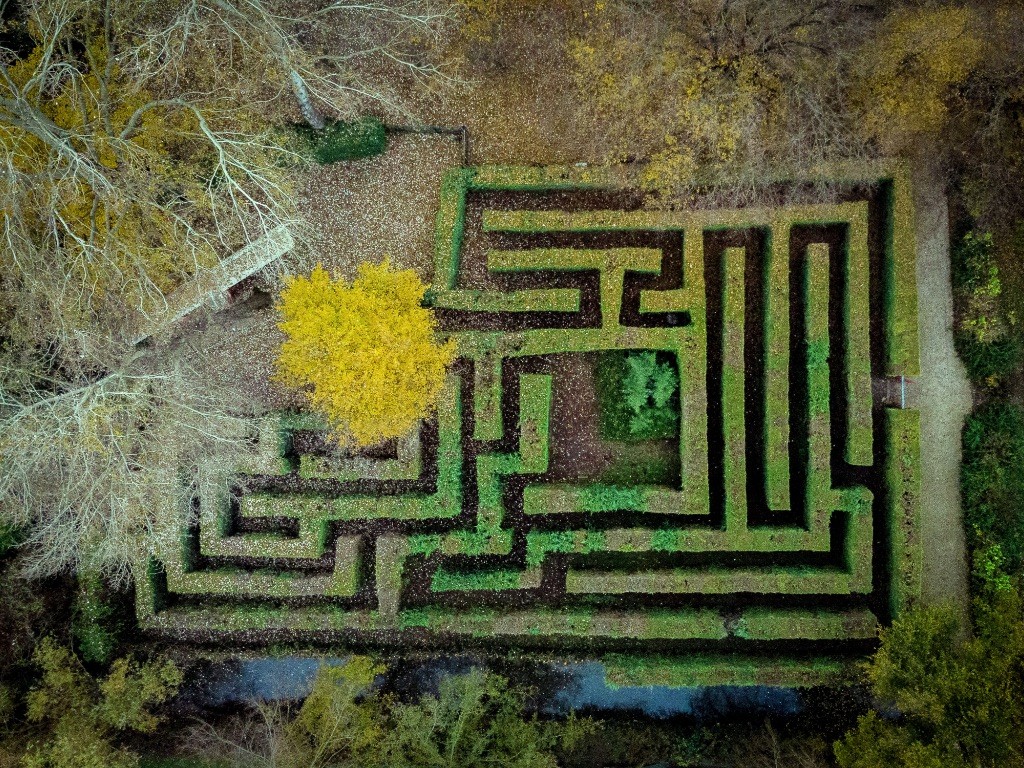 Boxwood hedges and a small square shape with a complex design characterise the maze of Villa Giusti, in the heart of Verona. Created in the sixteenth-century Garden, this is one of Europe’s oldest mazes. Indeed, it was designed in 1786 on a previous sixteenth century maze.  Perhaps few people are aware that, for its beauty, it was once a favourite target of authors, artists and illustrious figures, such as Cosimo De’ Medici, Mozart and Goethe.