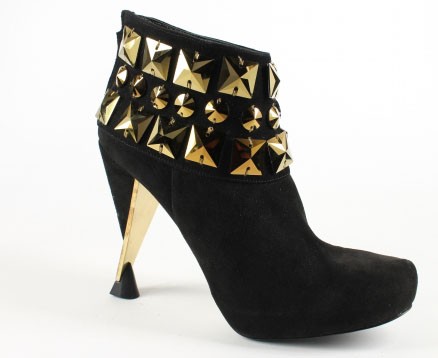 Planned by Palladio and carried out by Scamozzi, Villa Foscarini-Rossi has housed the Rossimoda Footwear Museum since 1995. The 17th century architectural structure, once upon a time the home of Marco Foscarini, procurator and subsequently doge of Venice, is located on the banks of the river Brenta in Stra, in the province of Venice.

The story of the entrepreneurial Rossi family and the relationships established by the company with the most important fashion houses unwinds in its magnificent rooms.

The exhibition gives visitors the chance to lose themselves in the local know-how - documented from as far back as 1268 by the Venetian Scuola dei Calegheri (the shoemakers guild) - and the great shoe tradition of the Riviera del Brenta area. The collections will give you an insight into the evolution of costume and fashion in the second half of the 1900s. The collection boasts in the region of 1700 models of luxury designer women’s footwear.

These are the most symbolic items made by the shoe factory in over 60 years of business – the result of collaboration with the world’s most prestigious fashion designers including Anne Klein, Marc Jacobs, Emilio Pucci, Fendi, Ungaro, Givenchy, Yves Saint Laurent and Christian Dior.

A vast assortment of these models has made it on to catwalks the world over as a result of the skilled craftsmanship and technology and the creativity and elegance of Italian-made products. The collection is added to each season with models epitomising new collections.

The museum also houses a small but valuable collection of Venetian footwear from the 18th and 19th centuries.

The same rooms contain the Collection of Modern and Contemporary Art, too, with the shoe at the centre of attention, reinterpreted by artists of international standing. This collection was built up over the years by Luigino Rossi, owner of the villa until 2002.