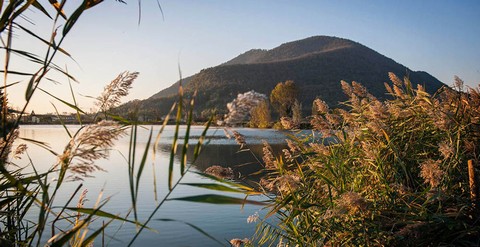 By June 2012 a new pearl was added to the precious collection of gems protected by UNESCO in Veneto: three of the hundred and eleven pile-dwelling sites of the Alpine Arc, entered onto the World Heritage list, are located in Veneto.

The candidacy, promoted by Switzerland, which alone hosts fifty-six archaeological areas,  concerned six countries overall: in addition to Italy were Austria, France, Germany and Slovenia, with site selected from over one thousand known in Europe, datable between 5000 and 500 B.C.

Their being located in water-covered land and therefore in an anaerobic environment has allowed the preservation  of timber, food remains, tools and artefacts also made from organic materials that would otherwise be perishable. Due to their particular preservation condition these sites are of great scientific interest for the study of the most ancient peasant society of Europe, over 4000 years of human history.

Thanks to the sophisticated equipment available and today's survey techniques, it has been possible to follow with extreme precision the evolution of climate change, the environment and civilisation, from the Neolithic Age to the Iron Age.
Of these archaeological sites, nineteen are located in Italy, over five regions: Lombardy, Trentino-Alto Adige, Veneto, Friuli-Venezia-Giulia and Piedmont; it is still in Italy, on the Lake of Varese, that  the most  ancient pile-dwelling structures were discovered, dating back to the beginning of the Neolithic period.

There are two locations concerned within the province of Verona: one in Peschiera del Garda, between Belvedere and Frassino, and one at Tombola, near Cerea; an important site was identified in the province of Padua in the Laghetto della Costa at Arquà Petrarca, at the foot of the Euganean Hills.