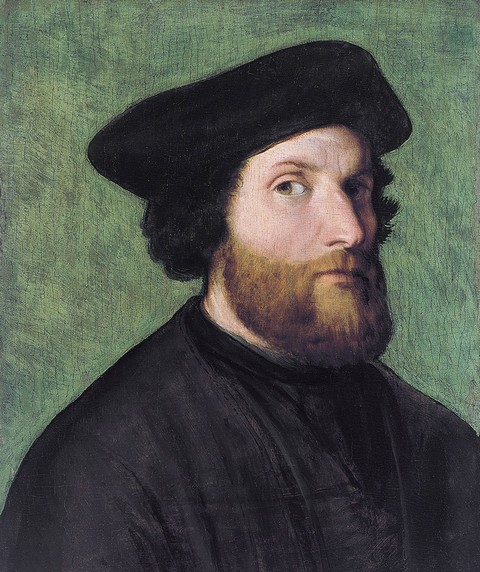 Venetian by birth and education, Lorenzo Lotto is one of the most unusual among Veneto painters of the Renaissance era, between the fifteenth and the sixteenth century.

He undertook his own artistic path, moving from influences of Giovanni Bellini, drawing rich inspiration from the works of Cima da Conegliano, Antonello da Messina and Albrecht Durer, to find his own expression, strongly characterised by his individual style. It was precisely his originality and non-conformist lifestyle that over time led him to distance himself significantly from the local arts scene, which was dominated by the personality and the entourage of Titian.

Of introverted temperament, restless, solitary and shy, in his life as in his art, Lotto was often active outside of Venice in the hinterland of Veneto, in Treviso and Bergamo, as well as beyond the boundaries of the Venetian Republic, in the Marche and in Rome, where he met at the Papal Court some of the major masters of the Italian Renaissance, Raphael and Michelangelo. It was precisely in Rome that the Scuderie del Quirinale palace hosted, from March to June 2011, a splendid monographic exhibition dedicated to him.

Returning to Venice, after some years definitely, Lotto moved first to Ancona and then to Loreto: his stylistic impression remained much stronger in the minor artistic centres, a witness to his ability to teach and influence the subsequent trends of development, especially in the fields of portraiture and religious artwork.

The works of his that you can admire in the Veneto region are not numerous, but undoubtedly allow one to appreciate different aspects of the creative genius of this artist. They are concentrated in substance around two areas.

The first is Venice, where not only prestigious museums, such as the Gallerie dell'Accademia museum (that between November 2011 and February 2012 set up an exhibition in tribute to Lotto, with paintings from the Hermitage) and the Fondazione Cini, but also some churches, for example the churches of Santi Giovanni e Paolo, San Giacomo dall'Orio and the Carmini, retain canvases by the Mater that are of exceptional importance.

The second main collection is on the mainland, in Treviso: suffice it to recall the altarpiece of the church of Santa Cristina Tiverone, or the portrait at the Museo Civico of Treviso; also significant is the altarpiece at the Duomo di Asolo, in which one can see, under the guise of a rather 'individualised' Virgin of the Assumption, a portrait of the queen of Cyprus, Caterina Corner, whose Asolan court was enlivened by various intellectuals and artists, precisely during Lotto’s years spent in Treviso.