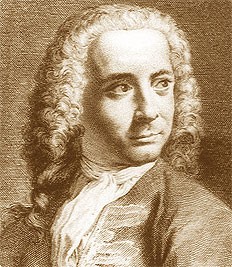 Universally known by the nickname of Canaletto, originally confidential and reserved for his circle of intimate friends, Giovanni Antonio Canal was born toward the end of the seventeenth century and was trained by working from a very young age in the shop of Bernardo, his father, specialist in the production of sceneries for Venetian theatrical productions.

After the fundamental experience of a stay in Rome, between 1718 and 1720, the artist returned to the lagoon and began to assert himself as a painter of vistas, encountering soon a notable success in the local market, both from Venetian connoisseurs and collectors, and from many foreigners residing in the city; among these latter, the English consul Joseph Smith assumed a central role in Canaletto’s career, promoting his work to the Anglo-Saxon world.

In 1746 Canaletto left his well-established atelier in Venice, in which his nephew Bernardo Bellotto, the son of one of his sisters, worked, and moved to London, where he remained for almost a decade, winning the attention of the aristocrats and intellectuals of the Kingdom.

His final return in his native city, in 1755, is the beginning of his last artistic period, characterised by a more intimate inflection, not without a continuous, abundant practice of drawing, a form of expression which had always accompanied the different phases of Canaletto’s artistic production, with a style rich in details that today enable us to recreate almost photographically the reality of the past.

Masterpieces of Canaletto are preserved in museums all over the world. In Venice the Gallerie dell'Accademia and the Museum of Eighteenth-Century Venice at Ca' Rezzonico guard and have permanently on show important paintings by the artist; moreover, the Correr Museum houses a 'camera obscura' tool which was at that time used for painting vistas, and which tradition dictates was owned by Canaletto himself.