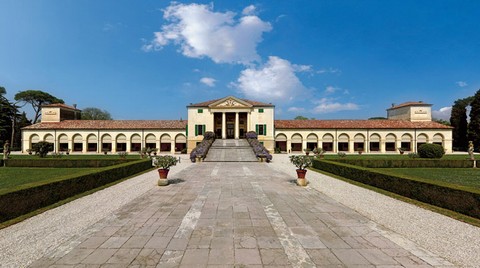 From the roman arena in the historical center of Verona, passing through the monumental medieval works of the island of Torcello, or, more generally, the countless wonders of Venice, the paradoxical city that rises on the water, up to the works by Carlo Scarpa, architecture has always played a central role for the culture and identity of the Veneto.

The architectural projects found in the Veneto by Andrea Palladio, Vincenzo Scamozzi and their successors influenced monumental buildings, both in Europe and overseas, starting from the seventeenth century.

Today we are host internationally renowned architects that are involved in the construction of large works for the rehabilitation and development of the territory.

Some of the most recent and significant projects are the "Memory and Light" a memorial for the victims of the September 11th attack of the  World Trade Center, planned for the city of Padua by Daniel Libeskind, or the third bridge over the Grand Canal by Santiago Calatrava, or the famous 'Bubble' for the Nardini distillery in Bassano by the architect Massimiliano Fuksas.